In the spirit of the new year, we’re looking to cut down on the clutter….And this includes 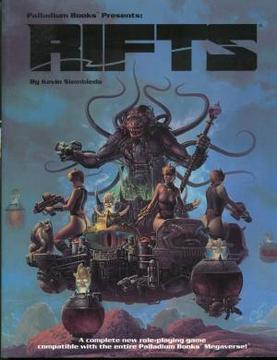 games. I’m a great collector of games and gaming schtuff with a penchant for #compleatism. It is time to cut through this and unload some of the gaming stash. “WHAT?!?!”, you say. “WHAT BLASPHEME IS THIS?!?!?”. Some explanation may be in order.

As part of this process I’m planning a series of mini-reviews as a sort of send off for these items. It isn’t that these items, games, etc. are bad products. It is just that my tastes have changed, I’ve found something I like more, etc…..I’m just not likely to play them. So I’d rather have them in the hands of someone who will. And don’t worry; I’ll post a disclaimer in the reviews that I’m planning to part with said product (full disclosure and all that). I’m also likely to post some reviews of stuff I’m planning to keep and use (or already use)….these should be fun. In any case, I plan on writing here a lot more.

Watch this space as the Purge unfolds. Happy New Year!

I’m back to working on my game…very rough draft of text is in the making. The concepts are all in my head. Just need to get them into type!

Between the time when the oceans drank Atlantis, and the rise of the sons of Aryas, there was an age undreamed of. And onto this, Conan, destined to wear the jeweled crown of Aquilonia upon a troubled brow. It is I, his chronicler, who alone can tell thee of his saga. Let me tell you of the days of high adventure! – R. E. Howard

Welcome, dear travelers! You have wandered far from the days of ordinary life into the age of myths, the Aega Mythea (ā-ˈēg-ə mitḣ-ˈā-ə). A place in time when great heroes did great deeds…things to be remembered in ages to come. You, no doubt, have come to claim your piece of glory; to fullful your fate or to be master of your own destiny…Still unclear what I’m talking about? Let me explain…No, there is too much. Let me sum up.

Aega Mythea is a pen and paper role-playing game set in the mythic past; a time of swords and sorcery when deeds were done boldly, magic was a potent force, and heroes were larger than life. There’s a long history of pen and paper or table-top role-playing games which I will ignore other than to refer those unfamiliar with such games here (http://en.wikipedia.org/wiki/Role-playing_game_(pen_and_paper). Suffice it to say, that I have played many of these games and enjoyed nearly all of them. So why create another one? Why not create it? Aega Mythea is the distillation of my gaming history, taking the best of what I liked and embodying it in an integrated form with a singular goal of steering play stylistically toward what is most important to the players.

Tied in with traveling, I’ve been busy reading the draft of my friend’s new novel. Its a fantasy piece and, quite frankly, I’m floored….it’s that good. It is based on a setting originally conceived as a part of our gaming, but expanded upon and polished. I’m under a gag order to say more, but will be looking forward to the day I can formally announce publication here. Way to be, Wraith.

A little while back, I got the following message as a pending comment on the  “About HAG” page:

This is David. I’m a long time tabletop RPGer who got my first taste of 1st Ed AD&D in 1986. I just wanted to let you know about my current project — a web series comedy about professional role playing gamers: GOLD.

Maybe you decide to write about it (that’s be nice). Or, maybe not. Either way, I’d love you to watch it.

“GOLD” follows the American and British Goblins & Gold RPG teams as they prepare for the World Role Playing Games Championships. Told in traditional narrative style with a mix of drama and subtle comedy, “GOLD” is both a comic look at the American portrayal of sports in television and film, and a loving tribute to the wonderful world of traditional, pen-and-paper style role playing games.

Anyway, we’ve three episodes so far, with four more on the way to round out our first season. New episodes are posted monthly. We’d love you to stop by and check it out:

Well, I really didn’t have time to take a look right then and then well, sort of forgot about it. This morning, I remembered and decided to take a look while everyone is still asleep….and its totally hilarious! Not since “The Gamers” have I laughed so hard at silly gaming goodness. I encourage you to take a look. I plan on enjoying Episode 2 later today….and 3 when it comes out on the 20th.

I have long wondered why my Star Trek Inspirational Posters post has been so popular. Actually, it has kind of pissed me off. I mean, that post is only tangentially related to the subject of this blog. Uggggh!

Today, I went and actually looked at it and immediately saw why. I tagged it with the word “adult”….enough said. People came to it looking for porn….or images of dirty, dirty sex (dds). So, to test this theory, I’ve added some suspect tags to this post. My apologies if you were looking for naked coeds….I hope you will forgive my “scientific” exploration of the Stupidity of Humanity (SoH).

A second thought has just occurred to me….it could be that Kirk is just *that sexy*…..could it be?